It’s a little-known fact among most people that the City of Dundee has been the home of battery manufacturing in the UK for 80 years.

And with Thurso-based cell manufacturer AMTE Power in talks to move their premises to the Michelin Scotland Innovation Parc next year- joining existing battery technology firm MEP Technologies – this legacy should continue for many more years to come.

But what happened to the companies of yesteryear? How did it all start? The story of Dundee’s battery manufacturing industry is intricate, following a meandering path of ups and downs which spans 8 decades of innovation and technological advances.

Dundee’s battery manufacturing heritage started in 1941 when Vidor-Burndept relocated their former radio battery factory in Erith, Kent, to the West Kingsway Industrial Estate in Dundee. The relocation was due to extensive World War 2 damage to the original premises, and was a roaring success: in 1961 the factory employed over 100 people, becoming the largest dry battery manufacturing plant in Europe.

In 1962, Engineering firm Royston Industries acquired the Vidor factory, but kept the name – Vidor was quickly becoming an internationally acclaimed brand, with an emphasis on longevity and quality.

By 1968, Royston Industries had collapsed. However, the Vidor brand was acquired by Crompton Parkinson, a manufacturer with long history in the electronics industry, being the first suppliers of electric lamps at Holyrood palace. Crompton Parkinson owned the Vidor factory for over 20 years until 1989, when Vidor was sold to US company Ray-O-Vac. The Vidor brand is now retired, but the battery manufacturing industry in Dundee lived on.

In 1991, American-owned battery company TDI set up manufacturing in Claverhouse Industrial Park, where they employed over 850 people to make lithium-ion batteries for mobile phones. In 1999, executives from TDI then formed Advanced Batteries Ltd, which operated under the brand name of MPower Batteries, going on to form MPower in 2004. 2 years later, ABL (and MPower) was bought by London firm Axeon Holdings, who were leading figures in the design and development of lithium-ion battery systems for the automotive industry.

Using the expertise of a diverse range of talent from both ABL and Axeon Holdings, the merged company, Axeon Technologies, focused on batteries for electric vehicles and hybrid vehicles. Axeon Technologies pioneered cutting-edge automotive systems including the Maclaren P1 Hyper Car. Axeon was incredibly profitable, and rode the first wave of electric vehicle technology.

In 2012, Axeon was acquired by Johnson Matthey, a global chemicals company with a turnover of more than £15.6 billion in 2021. Axeon became Johnson Matthey Battery Systems, and continued to operate out of the Dundee site until 2016, when the company moved its premises south to Milton Keynes.

This could have spelled out the end of Dundee battery manufacturing – but luckily, that wasn’t the case.  Unhappy with the decision to move away from the ancestral home of the battery industry, Dundonian Stuart Morrison – who’d been a project manager at Axeon since 2007 – set up MEP Technologies, moving premises to the Michelin Scotland Innovation Parc in 2020. MEP Technologies has flourished into a hubbub of battery system innovation, specialising in small-pack applications as well as larger heavy duty automotive usages. Its 15th employee was hired in late 2021, and a memorandum of understanding was signed with an Indian Technology company in order to explore the e-rickshaw market in Chennai into next year.

The future of Battery Manufacturing in Dundee

But the story doesn’t end there. AMTE Power, a battery cell manufacturer based in Thurso, are in talks with the Michelin Scotland Innovation Parc (MSIP) to move their premises to Dundee; a move which would create hundreds of jobs and boost the local economy. With any luck, the move will go ahead, and MEP Technologies and AMTE Power will enjoy a mutually beneficial relationship, side by side in the ancestral home of battery manufacturing.

If you’ve enjoyed reading this article, please feel free to share it on Social Media and tag MEP Technologies!

MEP Technologies have signed a Memorandum of Understanding with Bimetal Bearings Ltd, part of the Amalgamations Group, based in Chennai, India. This MoU marks the start of a growing relationship with the Indian manufacturing sector, with the long-term goal of decarbonising 2 & 3 wheel vehicles.

Bimetal Bearings Ltd., (BBL) is a reputed technology provider, developer and manufacturer of bearings for automotive applications in the OEM segment. Together with MEP Technologies, who have decades of experience in developing and manufacturing high-tech battery systems, new markets will be investigated, and new battery technology will be developed.

The parties recognize that the current regulatory support in India, alongside government incentives and customer willingness to adopt EVs, are all favourable to the development, manufacture and implementation of cutting-edge mobility technology.

MEP Technologies is beyond excited about our international future!

We’re excited to announce that we’ve been given the green light on a government funded collaborative project, focusing on new battery technology for HGVs. The project focuses on producing a lightweight, fire-safe battery enclosure for zero emission trucks, which addresses current road freight sector concerns regarding range/payload and lithium-ion battery safety. The venture comes as part of a £20 million zero emission road freight trial, funded by the Innovate UK for the Department for Transport, which aims to support the uptake of zero emission trucks.

The partnership has secured nearly £250,000 of funding for the nine-month project, which will be driven by Composites Evolution Ltd in collaboration with MEP Technologies, alongside the University of Wolverhampton’s School of Engineering, and Carr Reinforcements Ltd. Together, a new high-temperature composite material suitable for large battery enclosures for electric freight vehicles will be developed. The resulting battery pack will be lighter and safer than current solutions, and will be a leap forward in zero-emissions battery technology once completed, paving the road for a carbon-neutral future for the logistics sector.

Stuart Morrison, Managing Director of MEP Technologies said “MEP Technologies will play an important role in furthering the development of a working prototype battery for commercial use.

“We will be responsible firstly for collecting market research from existing and potential future customers, informing a detailed performance plan which will then be shared with our collaborators.

“In the later stages of the project, we will design, develop, prototype and test a working battery module, which will be capable of detecting and supressing a thermal event – which is the industry term for a fire. Should this occur, our Battery Management System (BMS) will react by flooding the battery segment to make safe and therefore mitigate a thermal runaway event. The battery enclosure, which is being developed by our collaborators, should be capable of containing the event and withstanding the initial fire and thermal stress.”

The success of the project could inform additional uses for the new technology besides freight usage. Potential other applications for the system include aerial vehicles, specialised ground vehicles (bomb disposal) and utility service vehicles.

The project is set to be complete by March 2022. 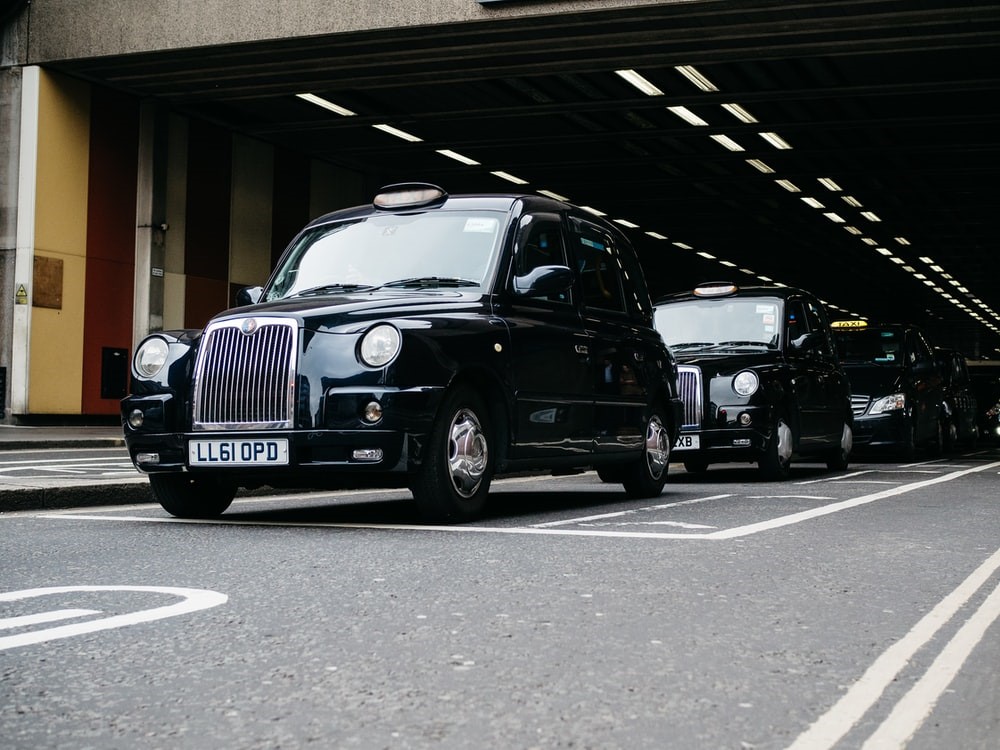 Dundee engineering firm MEP Technologies is embarking on a collaborative project which will pave the first steps to retrofitting existing fossil fuelled black cabs as electric vehicles. The project, named ‘FlexiMod’, seeks to save costs in both carbon emissions created by new vehicle manufacture, and also aims to become a cheaper solution than buying a new electric taxi outright.

MEP Technologies’ role in the collaboration is to produce a highly flexible, liquid-cooled battery module able to support multiple series-parallel configurations. For the layman, this means that the battery’s power output will be flexible depending on differing voltage, capacity and space requirements of the vehicle, and will be cooled rapidly by a liquid plate system. Ultimately, this flexibility means the new battery module will be adaptable for other uses beyond taxis, such as in off-road vehicles, or other automotive use.

The project is a joint venture between several technology firms in Scotland. AMPTE Power in Thurso are providing the cells needed for the battery module which will be designed and made by MEP Technologies Ltd. Electron Garage in Fife are overseeing the conversion of the taxi itself: removing the fossil fuelled engine and fitting the battery and drive train components. The project is being overseen by consultant battery electrochemist Dr Euan McTurk of Plug Life Consulting Ltd.

Stuart Morrison, Managing Director of MEP Technologies said: “It’s great to be working in collaboration with other like-minded businesses on projects like this, which push us closer to a zero emissions economy. FlexiMod technology has the potential to be used across a wide range of applications, from powering Cadillacs, to Land Rovers through to fork lifts. We’re thrilled that our technology will be taking centre stage in this exciting venture.”

Consultant battery electrochemist Dr Euan McTurk said: “We’re producing an all-electric taxi with more range, faster charging, a lower carbon footprint and a substantially smaller price tag than existing plug-in Hackney Cab options. FlexiMod will not only decarbonise the taxi sector in its first application, but many more automotive sectors beyond it. [The technology] will be made available to any vehicle manufacturer or retrofitter, even in low volumes to niche vehicle builders. Supply of quality cells and modules has long been a constraint of this burgeoning industry, especially for smaller firms, but FlexiMod looks set to resolve this issue.”

The project is expected to last 6 months, due to be completed in February 2022.